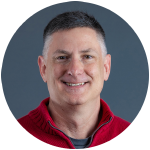 The White House and commercial labs seem to be telling different narratives as far as testing is concerned.

While the administration contends the nation will be caught up on the testing backlog this week, ACLA has been sounding an alarm for days that its member labs will not be able to make necessary investments to meet future demand without more support from the U.S. government.

ACLA has asked Congress for a $5 billion emergency laboratory surge capacity fund to ensure the industry has the equipment, supplies, staffing and resources required to "sustain robust testing capacity for millions of Americans."

Although the Senate has been working on finalizing a stimulus package, with a deal between Democrats and Republicans expected on Tuesday, ACLA complained late Monday none of the bills discussed so far "contain a single provision to designate resources and support to the commercial laboratories who have stepped up to provide critical testing for health care workers, emergency responders, patients at high risk, and others in need."

Nonetheless, the vice president on Monday said HHS will be issuing "new guidance to direct all commercial labs to prioritize testing for hospitalized patients."   ​

Pence also said FDA is in the process of reviewing less invasive methods of testing through self-collection of nasal swabs. He said it will expedite the test process, reduce the risk to healthcare providers from exposure to the coronavirus, and "minimize the drain" on personal protective equipment that is in short supply.

"This new approval from a study done by UnitedHealth Group and the Gates (Foundation) means that now self-collected nasal swabs will become available," Pence said at Monday's press briefing. "We're going to be working through FEMA with governors around the country to make sure and distribute those methods, as well as the swabs or any other supporting materials, and get those into this vast array of labs that are now stood up around the country."

"Based on available data, FDA believes that, for symptomatic patients, nasal swabs could be used that access just the front of the nose rather than the depth of the nasal cavity," per the updated guidance.

Subscribe to MedTech Dive to get the must-read news & insights in your inbox.

Discover announcements from companies in your industry.

Get MedTech Dive in your inbox