The San Francisco-based company recently enrolled a clinical trial for its blood-based cancer test but faces competition in the market for minimally invasive cancer tests.

A growing number of liquid biopsy companies are looking to bring blood-based cancer screening tests to market in hopes of detecting the disease earlier. To start, multiple competitors are targeting colon cancer, which is typically diagnosed through a colonoscopy.

Cologuard, Exact Sciences’ stool-based test, currently leads the market after it was approved by the FDA in 2014. But a slew of new companies are looking to achieve similar results with a blood-based test. Those include Guardant Health, which recently released data on its Shield Test; Grail, which has been selling its test as a prescription lab-developed test; and Freenome, which completed enrollment earlier this year for a 40,000-person trial of its colorectal cancer test for which it expects results in mid-2023.

In an interview with MedTech Dive, Freenome CEO Mike Nolan talked about how the company ran its clinical trial during the pandemic and how he views the competition.

MEDTECH DIVE: What are you focused on going into 2023?

NOLAN: In early detection of colorectal cancer, a blood test is our first product that will be delivered from [our] multiomics platform. And that's a really important initiative for us.

We stopped enrollment on our registrational study, and we have over 40,000 subjects that were completed, meaning that we have the tubes of blood, we have the colonoscopy reports, histopathology reports for over 40,000 subjects. And so now we're taking those next steps forward to advance in our work to get that to the front lines of clinical care.

Do you plan to bring those results to the FDA?

Yes, we're going to advance with FDA approval. It's important to us. You want to be sure the test isn't just simply available, but it's also accessible.

The FDA approval helps us in that it allows us to be in a better position to be able to be accepted in the guidelines, in particular, the U.S. PSTF [Preventive Services Task Force] guidelines. And then [being] inside of those guidelines gives us the best ability to make it available to patients without that major economic burden that keeps so many people from participating.

Why focus on a blood test instead of a stool sample?

The phlebotomist, she was drawing blood, all she needs to do is put two more tubes and I'd be done. Instead, I have a do-it-yourself project now. We'll have to collect my own stool, sample it, package it up and return it. That creates breakage.

How did you design your clinical trial?

We found in our clinical trial that we needed to really get into the local communities to understand how this is working. Because in our trial, we've been very devoted from the get-go [to] doing all that we can to address these issues that exist with regard to health equity and accessibility.

In our clinical trial, we pushed ourselves to say, How do we get into not just the communities, but the neighborhoods, really, to understand this concept of trust? Because if you're having a clinical study, say, you live in this ZIP code, but would you travel to another ZIP code in order to participate in a study? And to participate in the study you have to have a screening colonoscopy, that's the anchor in the whole protocol. Well, that makes a lot of people unsettled because they're already unsettled. Now they're going to go to a GI that they don't know, that no one in the community knows, the logistics become more complicated. All of these things start to stack up to really reduce the potential that they may actually participate. So by working with community leaders, we start to understand what's happening.

What were some of the reactions you encountered?

Some [people] think it's only for women, some think only men get it, some think it's just made up. Some people are concerned about the way [they] get treated in that interaction: Will they get a surprise bill? Will they have issues with other dynamics of the experience?

By understanding that, we have now the most clinically diverse, socioeconomically diverse, geographically diverse study in the category because we set ourselves to look at what are the U.S. Census data figures and strive to have representation of those groups in our dataset. So when we go to the FDA, we're not a homogenous set of data.

How do you ensure broad access to these tests for patients, and why does the price point matter?

CMS said if you have 74% sensitivity and 90% specificity for a blood-based test to detect colorectal cancer, you'll get a national coverage determination. It is that urgent, and so they really have leaned in, and it's a strong sign of support for patients in the U.S. to have done that.

[Today], if you have a positive result from a noninvasive —  in this case — stool-based test, and then you go do that diagnostic colonoscopy, there [is] a financial requirement that has been keeping patients from participating because it can be a few hundred dollars. That's enough to create breakage in that standard of care process. That's also now being eliminated, so there’s really a strong push to make this available.

Then one other thing that's happened, just since I've been here at Freenome for my five years, is the age for average risk has come down from 50 to 45. Which is also a real driver because we're seeing [colon cancer] earlier and earlier in terms of its onset, and the impact that it's having.

[In the U.S.] there are 9.5 million screening colonoscopies backlogged right now.

During the pandemic, people were reluctant to have a screening colonoscopy out of concern potentially of contracting COVID [during the procedure], so they put it off. Now it's even more of a case where we really have to get out there and find cancer if it's lurking, by any means, whether that's the stool-based test, whether that's a screening colonoscopy, or ultimately, a blood-based test to give patients that option.

Before the pandemic, how many people got screened for colon cancer?

Years ago, the American Cancer Society had this to say: “Let’s get 80% of those that are eligible for colorectal cancer screening screened by 2018.” The closest we got even after 2018, just going into the pandemic, was around 67%. That's before the average risk age was lowered.

What do you expect the cost of your test will be?

Today, for a stool-based test, it's about $500. We think we'll be in that same [range], around $500 reimbursement, but our view is that the vast majority of patients won't have to pay anything. That's because of the fact that the third-party payers, the governmental payers, the policymakers and leaders are really stepping in to do a lot to help make this accessible without that financial burden.

How are you approaching the competition? How much room is there in the market for multiple tests?

For us, the competition is cancer. We're really driven to beat cancer, that's the motivation. And then there are rivals in the category, and we encourage it. Just do something different. Don't just be doing the same thing as the next one, but be different and surround cancer, come at it from different vectors and angles.

It's a search party — spread out, don’t line up single file! As an industry, I like that we're spreading out and not just single file. People are doing their own thing. That is great. Because what works for one patient doesn't necessarily work for the next patient in terms of accessibility and adherence. 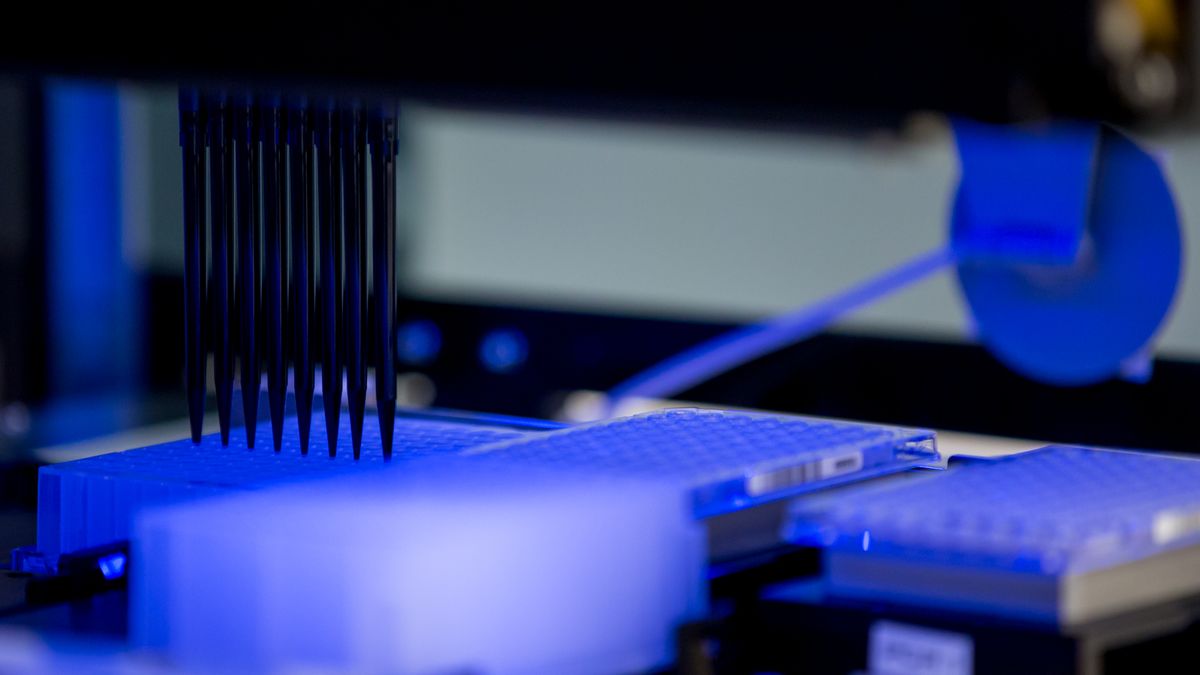