Disruption or integration? Fitbit's health leader on the role of wearables in healthcare

Healthcare Dive sat down with Amy McDonough to chat the B2B wearable business and Fitbit's aspirations in chronic care management.

There's little evidence wellness apps and fitness trackers help consumers reach their health goals, but that hasn't stopped wearables companies from being bullish on the U.S. healthcare industry. Big names like Fitbit and Apple see lots of potential to monetize health management, especially in the sectors of chronic care and population health.

Fitbit has been especially gung-ho. The San Francisco-based wearables giant has seen disappointing device sales of late but its health division reported a year-over-year uptick in the second quarter. Fitbit Health Solutions sales increased 15% to $24 million, a fact its CEO, James Park, attributed to partnerships with traditional healthcare companies like insurers.

The 12-year-old company is realigning its business model from one-time hardware sales to enterprise-level health and wellness services which, given a large enough subscriber base, can bring in a steady stream of repeat revenue. The company rolled out a paid health membership called Premium in August, which includes personalized wellness reports and health coaching for roughly $10 a month.

Fitbit's acquisition of care management platform Twine Health last year means it can leverage existing in-house resources to scale in the sector. Coupled with its size, brand recognition and built-in consumer base of 27 million active users, that experience could make Fitbit a force to be reckoned with in care management.

Healthcare Dive sat down with Amy McDonough, general manager and SVP of Fitbit Health Solutions, to talk about competitors, its Premium offering and how the wearables giant has always been a healthcare company at its core.

AMY MCDONOUGH: Fitbit Health Solutions is our B2B business. We're working with employers, health plans, health systems and researchers to help further integrate into the healthcare system to drive outcomes and savings and we've seen some great momentum. We're on track for a $100 million revenue target for the 2019 year and we saw 42% growth in the first half of the year versus 2018.

We go to market by partnering with leading brands. We work with 100 health plans, including most of the national health plans — Humana, UnitedHealthcare, the Blues — and regional health plans as well. We also work with 1,700 enterprise customers and employers, and we're the leading wearable in research efforts. More than 700 research studies have been published using our wearables.

In Fitbit's Premium offering, consumers can export their data as a PDF and bring it to their doctor. Would Fitbit ever integrate directly with electronic health records?

MCDONOUGH: We do integrate with some EHRs already through our partnership with the Google Cloud platform. We integrate with some Epic and Cerner instances, and since we have an open API infrastructure that allows, with a user's permission, for data to be streamed into other EHRs as well.

The challenge with the EHR ecosystem is that it's pretty fragmented. Even in the larger players, like an Epic or Cerner, each instance is highly configured and customized for that individual client or user group. So we've found that you can put data into that, but it's not necessarily in the most usable format for the physician.

While we do have those integrations, we found the wellness report is a little bit more constructive in terms of actionable guidance to be able to provide that data. I would just caution that putting data into the EHR that is maybe only glanced at by a physician in a 15-minute visit may not be the most effective way, though we're certainly open to those conversations.

Fitbit is part of the FDA's pre-certification program aimed at reducing certification checkpoints for low-risk software-based medical devices. You're also looking for FDA approval for your sensors. How are things going?

MCDONOUGH: We're excited to be chosen as one of the nine companies for the software as a medical device pre-certification program. So we're looking at, for things that are noninvasive, how to speed up the slow FDA approval process while keeping safety in mind. In parallel, we continue to work with the FDA on a early detection of AFib and apnea as something that Fitbit would bring to market as well. So they're two separate but parallel paths. And we're excited to see what comes next.

Premium seems like a doubling-down for Fitbit in chronic care management.

MCDONOUGH: So that's essentially what health solutions is all about, right? Battling the most common and costly chronic conditions. Diabetes, hypertension, cancer — those are things that we're focused on.

Our approach to that is bringing together devices, data and insights. With Fitbit Premium, within the app, you're able to securely message with a healthcare coach who has access to your data. The health coaches are provided by Fitbit and range in specialty from health coach certification to nutritionists, to dietitians, to registered nurses. And they can pull in a care team for support.

For example, if an individual is managing Type 2 diabetes, they can work with a coach to create an action plan. The patient may say, 'I'm not willing to test my blood glucose three times a day, but I'm willing to do it once a day.' So the team would work on an action plan that the user felt like he or she could commit to, with milestones and goals that change over time. If the user wanted to focus on food and the impact that can have on their blood glucose level, a nutritionist could come in and help create a meal plan. So it's really providing touchpoints on a regular basis based on the willingness and readiness for change of that individual to help improve healthcare outcomes.

We acquired our Twine platform about a year and a half ago, now rebranded as Fitbit Care, and we've seen some really stellar results in utilizing that platform across diabetes and hypertension in terms of lowering glucose levels.

There are a lot of existing players in chronic care management, especially startups. How does Fitbit differ from, say, Livongo, Omada, Onduo or any of the more specialized companies?

MCDONOUGH: We are in the behavior change business and have been since day one. We've got 10 years of experience of this behavior change philosophy and we're applying that to common and costly conditions, right? So we look at the whole person and we meet them where they are on their personalized journey to health.

When you look at the partner landscape, they've taken a different philosophical approach by focusing on a specific condition. Some of the ones that you mentioned, you know, are focused on a very specific condition. But often they're also our partners. They're also using Fitbit data and devices to power a lot of their programs. Livongo, for example, has talked about how they integrate Fitbit data into their coaching and their platform.

How would you react to skepticism around tech entrants looking to disrupt the healthcare industry?

MCDONOUGH: You used the word disrupt. I think that's a great term that a lot of people use. But we see it as deepening integrations by working with the existing healthcare system and figuring out how we can provide meaningful value to both the member and to the health plan. And I think that's where you've seen us become the partner of choice in this system.

We have devices and data and programs as part of embedded benefits across commercial programs for health plans as well as across Medicare Advantage programs. So a real-world example is UnitedHealthcare's Motion program. It's a commercial health plan program that employers can bring to their employees and it's powered by a wearable. If you meet certain metrics throughout the day around frequency, intensity, and tenacity of activity level — if you hit 10,000 steps a day, if you are active for about 30 minutes a day and you move every hour — you're able to earn up to $3 a day and up to $1,500 a year as an individual (and more as a family) back into your HSA or FSA account.

And their actuarial science has shown there are benefits to getting people to move more, and take more proactive action towards our health. I think that program has given out $43 million worth of rewards over the past couple of years in commercial and Medicare Advantage plans through UnitedHealthcare as well.

Motion sounds very similar to Attain, Aetna's partnership with Apple Watch. How does Fitbit differentiate itself from Apple, its most direct competitor in the health wearables space?

MCDONOUGH: Our focus has been around around helping support good healthy behaviors throughout the day. The other core tenets of Fitbit are around accessibility and affordability. So by accessibility, I mean cross-platform compatibility, which is really important in the healthcare landscape. Can we work across iOS and Android? Are we requiring someone to have a certain operating system or software to be able to use our products? And then affordability. Our product line starts at $69, which is important when you think about the socioeconomic factors contributing to health. And then the last is community, supporting large communities like an employer or a small community, like your friends or family.

We really lead in sleep. We have an extended battery day life: four to seven days, depending on the product. That allows us to be able to capture sleep metrics, which is honestly a really important value proposition.

The number of times we hear about people switching to Fitbit from Apple Watch — it's a really important user value proposition. Sleep impacts everything from weight loss to like glucose control, so it's really important to be able to capture that on a regular basis. That's a core differentiator.

Attain integrates payer claims data directly into the Apple Watch app. Would Fitbit ever consider a similar arrangement within Premium or another offering?

MCDONOUGH: So we have a third party software development kit. It allows for third parties to build custom clock faces and apps that can be downloaded and sit right on the device. So the Motion app for UnitedHealthcare will show you right on wrist how you're doing towards your goals. Humana's doing something similar with their Go365, which is their wellness initiative.

Whether that will extend to direct medical claims, benefits on the wrist — that's certainly an opportunity. The software development kit and our API would allow for those types of integrations. We're certainly exploring it, as we work with our employer and health plan population on health analytics, with the user's permission, today.

There's a lot of concern about third party use of sensitive medical information. What steps is Fitbit taking to ameliorate these worries?

MCDONOUGH: We believe in an easy-to-read, non-legalese statement to help explain what data is being collected and how it's being shared or used, which is always with the direct consent of the user. When it comes to working with our employers and health plans and even with our researchers, we have pledges.

We have a corporate wellness pledge that we use with all our partners that discusses best practices for data sharing. So, it should be voluntary. Consent should be opt-in. It should be transparent about what data's being shared and how it's being used. And we have a similar pledge for researchers on how data should be used, always use deidentified data, et cetera. 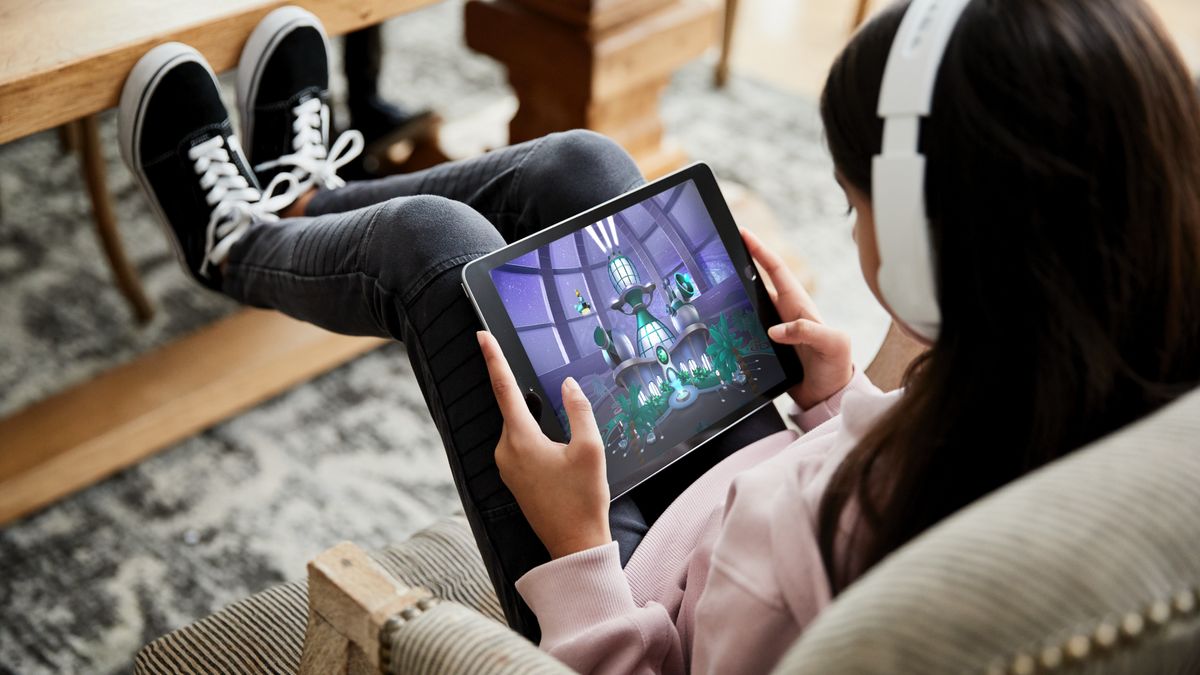 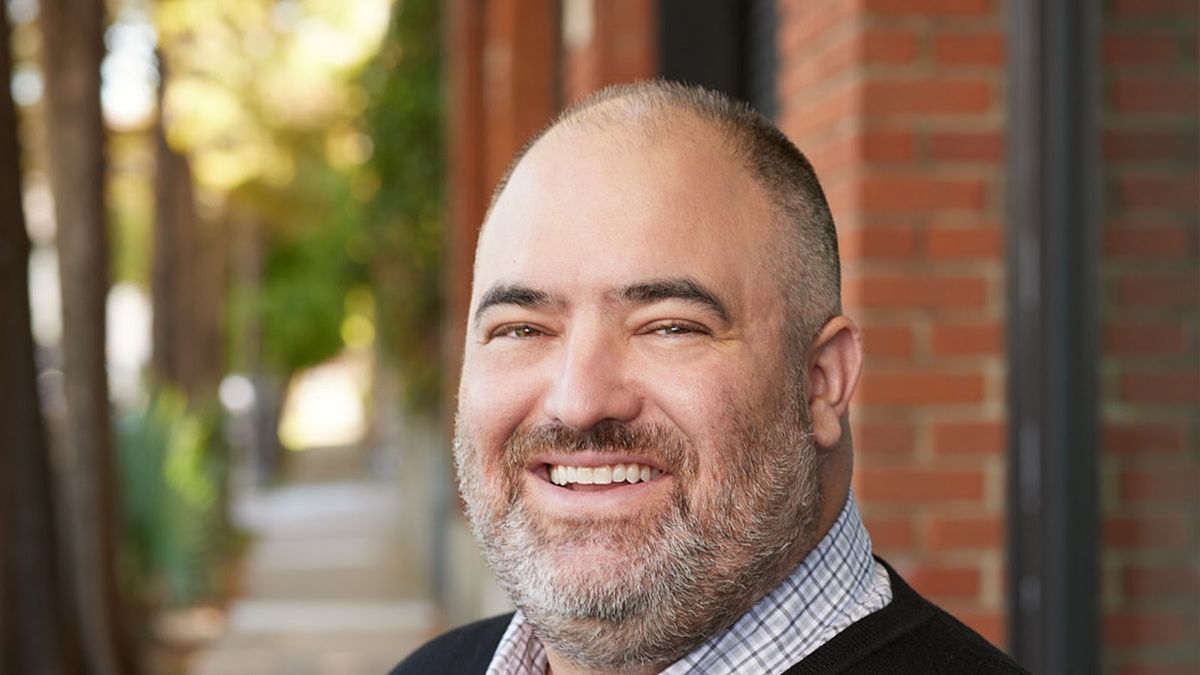 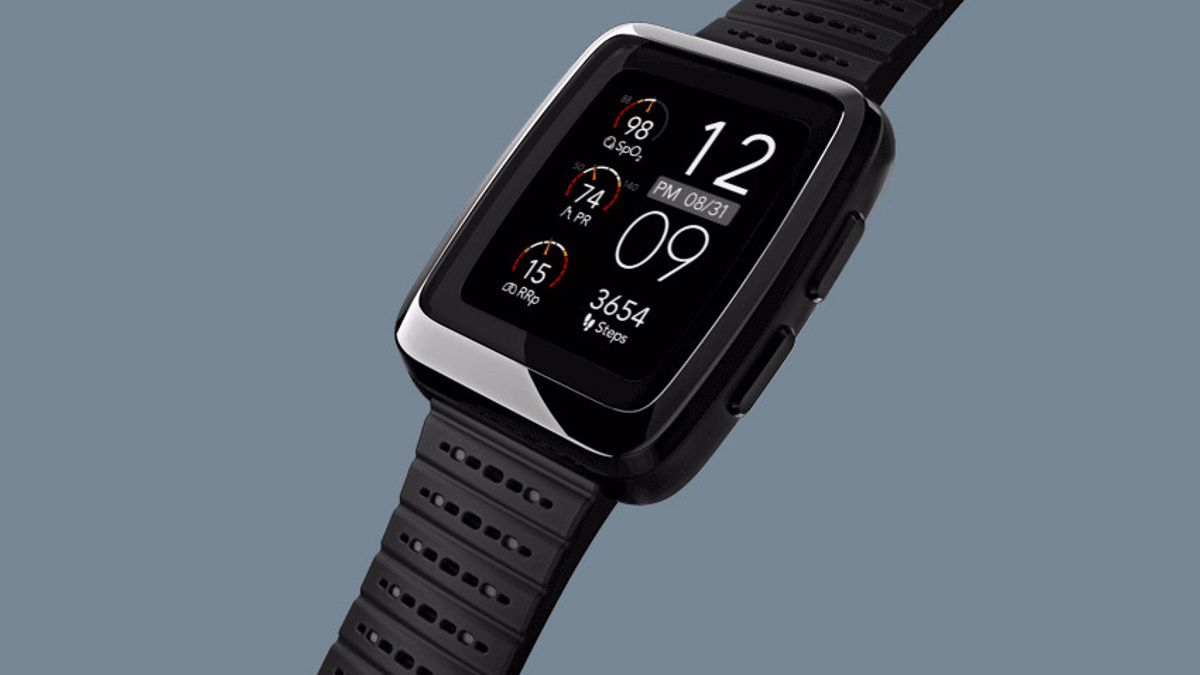