Day spoke about developing a smartwatch for cardiac monitoring with Alphabet’s Verily, competing with Apple and building clinical evidence for the new product.

iRhythm Technologies is expanding beyond its cardiac patch monitors and entering into the smartwatch space with the Zio Watch, a product that has come out of its partnership with Alphabet’s life-sciences research company Verily.

The Zio Watch and the software system that powers the device both received 510(k) clearances in July from the Food and Drug Administration, and iRhythm plans to do a market evaluation next year. The data collected by the watch are analyzed and then a report is sent to a patient’s clinician for review.

The Apple Watch has been cleared to monitor cardiac rhythms for several years now and the tech company is growing the product’s health capabilities beyond heart monitoring. Still, Mark Day, iRhythm’s chief technology officer, said the company doesn’t see Apple as a competitor as the Zio Watch will be used as a diagnostic device, not just as a monitoring tool.

While the adoption of wearable and patient monitoring devices has been growing, Day said that it’s still too early to project the market size and revenue contribution for the Zio Watch.

MEDTECH DIVE: Why did iRhythm pursue this partnership with Verily?

MARK DAY: The discussion started a few years ago as we were talking to a number of wearable device vendors and key players, trying to find the right fit. We had this vision of creating a long-term, diagnostic quality, non-invasive device with an integrated solution. We saw an unmet need there.

It was only with Verily that we found a partner that had a similar vision and, frankly, capability.

How were the different elements that make up the Zio Watch developed?

Verily was responsible on the hardware side and effectively integrating the algorithms that we developed leveraging the electrocardiogram (ECG) database. We did that by using data we collected to develop simultaneous ECG and photoplethysmography (PPG). And we used that data set to train a simulator to convert ECG readings to PPG.

That untapped the whole potential of a billion hours of essentially curated PPG records. We weren’t totally confident that it was going to work, but it actually performed extremely well. And it was evidenced against a clinical study that we ran with Verily for the last year and a half. The basis of the data that we provided to the FDA was to demonstrate that this simulated data-set trained algorithm could perform extremely well against a real data set. Then the performance was validated in a clinical study, which was the basis of the clearance that we received for both the watch and also the cloud.

Do you see Apple as iRhythm’s primary competitor in this space?

The landscape is complicated, but not actually very competitive. The consumer devices that are out there — the Apple watches, the Fitbits, the Withings devices — are all getting atrial fibrillation detection clearances that we consider more of a screening approach. These are platforms and smartwatches that are trying to do 15 different things. They’re trying to manage your text messages, your Facebook feed, Instagram, and so forth. They aren’t focused on monitoring for atrial fibrillation. They do it opportunistically. And that’s great, but they also do it in a way that has to be very, very cognizant of false positives.

That’s just a different focus. When you sell a consumer device to millions of people, of which maybe 1% or sub-1% are going to be afflicted with atrial fibrillation, you have a very different design, desire and goal than you do if you develop a dedicated diagnostic tool. That’s where we see the market separating.

Our devices will be prescribed and offered through physicians. The results will not be provided back to the patient exclusively. They will simultaneously go to the physician, someone that will see and manage the care and information and will be ready to act. On the consumer side, those alerts just go to the consumer, and then they have to figure out what to do with them.

What else makes this watch different from other products, including devices that aren’t smartwatches?

This is quite different in terms of being a diagnostically focused product on what we saw as an unmet need. The unmet need was for a long-term monitor that is patient-compliant and low-cost. Those things overlap pretty closely with the consumer technologies, but if you add in a diagnostic grade and non-invasive device, that’s where there’s an unmet need.

You have the consumer devices like smartwatches on one side, which are fairly low cost, and then on the other side, you have implantable loop recorders. But those are not low cost and they are quite invasive. We see these two as important technologies, but there’s something in the middle that’s needed.

Will companies like Apple use products they already have as building blocks to develop a similar device to the Zio Watch?

While we’re certainly not the first to use smartwatches, that’s well-trodden territory, we’re the first to do it at scale, to move it more into a clinically orientated context. We still need to generate a lot of clinical evidence to drive the pathway and gain reimbursement. With that evidence and, frankly, adoption as well, we have to prove that it works in the clinical literature.

If that proves successful, I would expect that there’ll be increased competition over time. Our goal is, again, to leverage the data set that we have, the assets we have in AI and deep learning, to develop algorithms that are just continuing to differentiate and grow the disruptive nature of this platform.

What do you think of Big Tech’s presence in the medical device industry?

We view Apple’s platform as an incredible tool for awareness and education about conditions like atrial fibrillation, the same with Google and Withings. The proliferation of understanding of atrial fibrillation is a huge benefit to public health because it’s something that afflicts millions of citizens in the U.S., let alone worldwide, that are walking around with atrial fibrillation but without symptoms and maybe without the knowledge that they have it.

With that investment and a product to at least indicate to individuals that they have an irregular rhythm is a great way to funnel them into a more diagnostic level service, like what we’re developing with our watch. So, it might be that an Apple Watch feeds into the Zio Watch. We don’t see it necessarily as directly competitive, but rather complementary in terms of building up the market and understanding that we’re playing very different roles in doing that.

I would expect that over time — if we prove that this works really well — others will obviously try to follow us.

What will the market evaluation next year look like?

On a high level, our goal is to not focus on revenue and gaining adoption super quickly. Instead, our focus is on developing the evidence in a very systematic and thoughtful way to demonstrate that this platform and approach are diagnostically effective. For example, there’s some reasonable skepticism from cardiologists, electrophysiologists and even from some primary care physicians. They’ve been inundated with a whole bunch of information from Apple watches and other things that they’re not getting paid for. There’s a fair amount of skepticism that we have to get over and demonstrate through clinical evidence that this is an effective service and can be done efficiently for the healthcare system.

We’ll also explore ways to get this new service reimbursed by payers. There are a few different ways we can do that — evidence is the basis of all those approaches. We have clinical studies that are either currently underway or planned to be underway in 2023 or 2024.

Has the company put a number on the market opportunity or revenue contribution the watch can have?

It’s a little too early. We generally understand that in terms of sizing the market, there are probably about 2% of the population walking around with undiagnosed atrial fibrillation. There are some pretty preliminary estimates, and there’s a fair error bar on that estimate. We don’t know exactly. It’s just sampling techniques that are extrapolated out to larger populations. That’s part of the evidence that we’re going to have to demonstrate, but we’re very confident going into it that there’s a business model there. But it’s a little too early to put an exact number on it.

What is the cost difference between your watch and current products?

This will be a prescribed device. Patients with insurance will not have an out-of-pocket cost, depending on the insurance and maybe, to some degree, the time of year. Implantable loop recorders are more in the thousands of dollars range in terms of a cost to the healthcare system — and there are a lot of variables there — but we will be significantly below that. We think we can provide the service in a very cost-effective way.

We’re interested in running some head-to-head studies against implantable loop records to show how Zio Watch can be used effectively at a much lower cost for similar clinical outcomes.

Can the software system developed for the watch, Zeus, be used outside of the Verily partnership?

While we have a partnership with Verily, we do understand that these capabilities that we’ve developed on the software side are closer to agnostic than dedicated to this one product. It does offer opportunities for us to explore in the future.

We’re interested in PPG-type technologies for the benefits that they provide. They might not provide quite the diagnostic level of quality of ECG, but they have a much more comfortable form factor and can be worn for a longer period of time. There are all kinds of possibilities, whether it’s international markets in terms of a lower cost — that type of platform and diagnostic service, you can certainly think of emerging markets that way. The options are pretty fascinating. But we have to do additional development around it and get more clinical evidence and clearance for it. 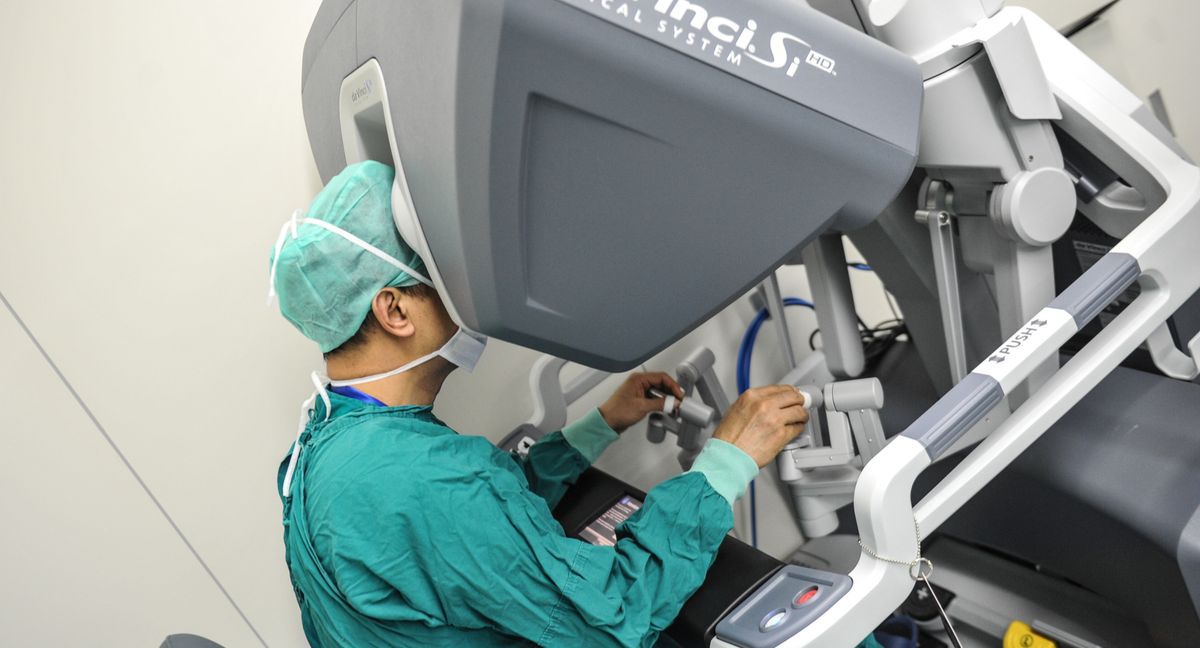 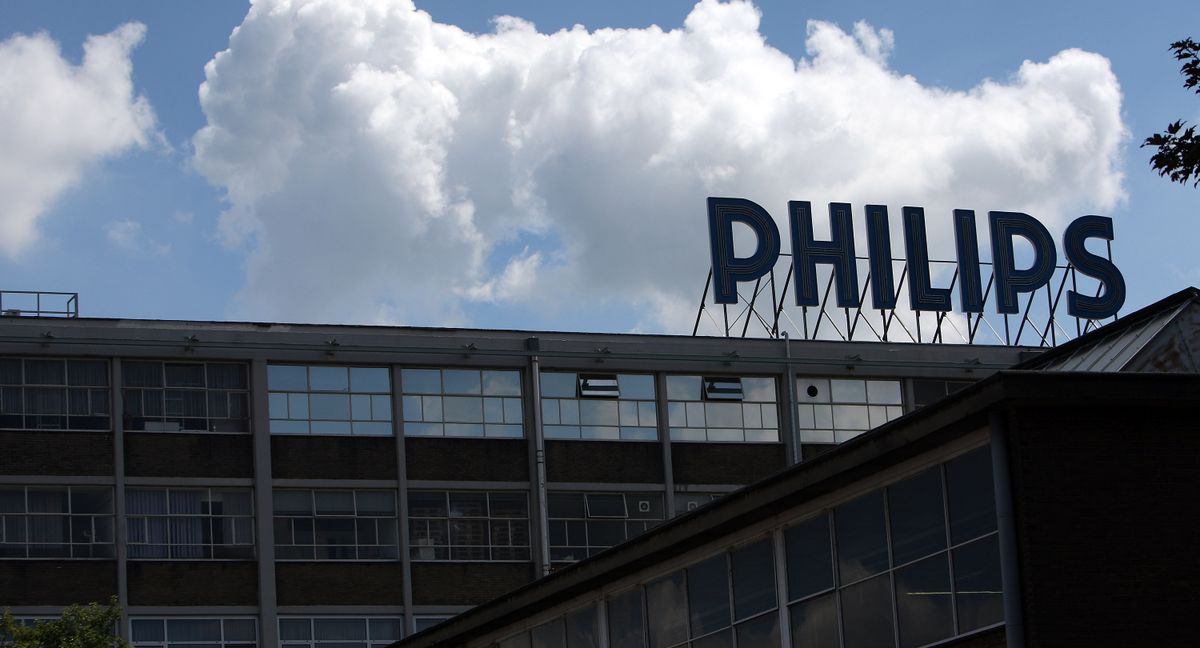